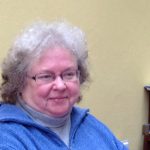 Jo is from the Jamyang Buddhist Centre in London, part of the Foundation for the Preservation of the Mahayana Tradition (FPMT)

The NBO receives a variety of communications related to educational matters. The following gives a flavour of our involvement with national organisations concerned with education and some of the interesting requests for information that we receive.

Past endeavours include:
Being part of the Qualifications Review Committee for the Religious Education Council(REC) involved in a review of the Buddhist content for GCSE and GCE A/AS examination specifications in Religious Studies for the DFE(Department for Education) and examination awarding authorities.

2015 Contributing to the Commission on Religion and Belief in Contemporary Society(CORAB) enquiry both as respondents to the commission’s survey and evidence panels.

2016 Contributing to the All Party Parliamentary Group on RE’s publication Improving Religious Literacy: A Contribution to the Debate.

Additionally, we receive requests for information about significant festivals, which all Buddhists might share, information about specific celebrations such as marriage rites or how Buddhist funerals might be conducted.Please note that these may be responded to by the education officer, or by other colleagues who have specific expertise in these areas, including chaplaincy and interfaith.

This website uses cookies to improve your experience while you navigate through the website. Out of these, the cookies that are categorized as necessary are stored on your browser as they are essential for the working of basic functionalities of the website. We also use third-party cookies that help us analyze and understand how you use this website. These cookies will be stored in your browser only with your consent. You also have the option to opt-out of these cookies. But opting out of some of these cookies may affect your browsing experience.
Necessary Always Enabled
Necessary cookies are absolutely essential for the website to function properly. These cookies ensure basic functionalities and security features of the website, anonymously.
Functional
Functional cookies help to perform certain functionalities like sharing the content of the website on social media platforms, collect feedbacks, and other third-party features.
Performance
Performance cookies are used to understand and analyze the key performance indexes of the website which helps in delivering a better user experience for the visitors.
Analytics
Analytical cookies are used to understand how visitors interact with the website. These cookies help provide information on metrics the number of visitors, bounce rate, traffic source, etc.
Advertisement
Advertisement cookies are used to provide visitors with relevant ads and marketing campaigns. These cookies track visitors across websites and collect information to provide customized ads.
Others
Other uncategorized cookies are those that are being analyzed and have not been classified into a category as yet.
SAVE & ACCEPT
single